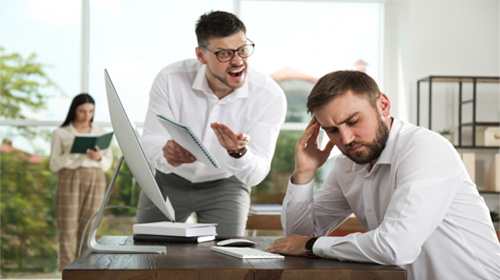 My learnings following exposure to ‘Toxicity in the Workplace’.

The Glass Half Full Community (https://glasshalffullcom.com/)

Recently I felt compelled to share the events that led to my disablement and incapacitation as a direct result of anxiety caused by being exposed to toxicity in my workplace, events which are now documented in the following e-book, Ten Years On – a memoir of workplace toxicity.

In terms of my own mental health well-being, the primary learnings from my experiences were, that just as with all mental health issues, a lack of awareness and an abundance of stigma, all acted as effective barriers to acknowledging and recognising toxicity in my workplace.

I am pleased to advise that I have moved on. In fact, on a happier note, in August 2011 I was welcomed back into the Business, returning to my Sales Division in the role which I was able to enjoy and successfully contribute to until my retirement in February 2014. At the time I had been with the Business since December 1988.

In 2017, in need of mental stimulation, I founded my own not for profit, ‘The Glass Half Full Community’ (GHFC), in support of raising awareness and reducing stigma associated with mental health well-being, especially in the workplace. The foundation has not only been supporting the mental health well-being of others but has also been extremely cathartic in supporting mine.

However, it is important that I add that every day since April 2011 I have been taking medication and dedicating an hour a day to breathing and mindfulness exercises, all contributing enormously to my mental health well-being.

In summary, for the benefit of my own mental health well-being, I physically buried the events above, however 10 years on I was driven by a deep responsibility to so many Employees, Employers, Management Groups, Employee Groups, Executive Groups, Company Directors and Shareholders, to share my experiences, in the hope that we can eradicate this toxicity from the workplace.

Since sharing my personal story I have received numerous emails from people of all ages who, like me, have been impacted by toxicity in the workplace, be it bullying, mobbing, intimidation, harassment or discrimination, who have found the internal fortitude to take action, in turn maintaining control of their own lives. The consistent theme being that they felt empowered to take action as a direct result of workplace toxicity now being recognised as widespread among organisations, in turn ensuring they were not alone, allowing their story to add to the ripple effect of raising awareness in support of its eradication.

To help us best advise you, please fill in the following information and we will get back to you as soon as possible.